As a theologian I am interested in systematic-theological reflection on charismatic experiences and practices within Protestant churches. My PhD-research at the Vrije Universiteit Amsterdam (VU) focused on the charismatic renewal of New Wine, that sprung up within the Church of England in the 1980s.

Due to my health, I had to end my PhD-research in 2018, leaving it unfinished.

As a first stage, my Research master thesis focused on the understanding of salvation as "wholeness". I explored resources within the systematic theologies of Jürgen Moltmann and Wolfhart Pannenberg, enhanced by contributions of Tim Chester, Thomas G. Weinandy, Ernst M. Conradie, and Frank D. Macchia.

The Outlines of a Theological Framework
Throughout this thesis the rough, sketchy outlines of a Protestant soteriological framework emerged, that indeed would be able to vindicate and asses the theological notion of salvation as wholeness as it is perceived within the charismatic renewal of New Wine.

Such a framework would have to be

Within the Global Charismatic Renewal, salvation is often perceived in terms of “wholeness of life”, or “life abundant”. This translates in neo-Pentecostal and charismatic theologies that understand salvation in terms of social justice, and “health and wealth” in the present life. However, this raises serious questions – one of the most poignant being the overwhelming experience of not the presence but the absence of such wholeness.

In my PhD-research I will explore how a theology of the “inaugurated Kingdom of God” – as it surfaces within for instance the charismatic renewal of New Wine - could help to understand experiences within Global Christianity of both the presence and the absence of the transformation of life into a greater level of wholeness.
More specifically, I will explore how this charismatic theology of the “inaugurated Kingdom” can be enhanced by insights from recent theological debates on the Trinity, the Spirit and the Church:

How could – in the context of the Global Charismatic Renewal – a theology of the Spirit as the down payment of the inaugurated Kingdom of God help to understand experiences in the life of the church of both the presence and the absence of salvation as wholeness of life?

1) The Global Charismatic Movement and salvation as wholeness of life

One of the major challenges for Western theology in the 21st century is to adjust itself to a new reality of Global Christianity: the emergence of a Global Charismatic Renewal, both in the Global South[1]  and within Western Christianity itself. [2] This charismatic Christianity often expresses a broad understanding of salvation in terms of “wholeness of life”, or “life abundant” (John 10,10). Salvation is supposed to comprise liberation, reconciliation and peace, healing and deliverance, and/or prosperity in the present life.[3]
However, this charismatic understanding of salvation also raises serious questions from the perspective of mainstream Protestant theology – one the most poignant being the overwhelming experience of not the presence but the absence of such wholeness. Experiences of liberation, reconciliation, prosperity and healing may even seem futile in the face of prevailing oppression, injustice, poverty, and physical and mental suffering, in a world that seems desperately broken. Even personal experiences of the intimate presence of God may be countered by evenly intense experiences of the eclipse of God.

2) Inaugurated eschatology, the Kingdom and the Church

One specific strand within the Global Charismatic Renewal seems promising when it comes to the ability to cope – both theologically and practically – with this tension between experiences of both the presence and absence of salvation as wholeness, as it is characterized by a theology of the “inaugurated Kingdom of God”. Taking up the proposals of Oscar Cullmann, Herman Ridderbos and most explicitly George E. Ladd, this charismatic Kingdom-theology emphasizes both the “now” and the “not yet” of the Kingdom and its salvation. [4] Within Global Christianity, this “inaugurated Kingdom theology” finds expression in the charismatic renewal of New Wine (that sprung up within the Church of England in the 1980s) and the Vineyard-movement, but recently it has also been picked up within Global Pentecostalism. [5]

When it comes to the role of the Church, this charismatic Kingdom theology argues that the Church is called to proclaim and demonstrate the Kingdom of God in the power of the Spirit, including ministries of reconciliation, healing and deliverance.[6] But whereas most neo-Pentecostal and charismatic theologies represent a “realized” or “triumphalist” eschatology – claiming future salvation (healing, prosperity) in the present – this Kingdom-theology holds an “inaugurated eschatology”: that the Kingdom has been inaugurated but not fulfilled, it has broken through in human history but it has not yet taken over. The church thus lives “in between times”, as Vineyard-theologian Derek J. Morphew argues,

“On the one hand we await the ultimate breakthrough of God into human history when this age will finally give way to a new age and God will rule supreme in a new heaven and a new earth. On the other hand, the end has already come in Jesus and through the outpouring of the Spirit. The church lives by the powers of the future are while the powers of this age continue around us.”[7]

The role of the Spirit obviously is a central theme of the charismatic renewal. Whereas traditional Pentecostalism understood this role primarily in terms of “empowerment” (and much of the charismatic renewal within the traditional churches followed in that trail, often emphasizing personal charismatic experiences such as praying in tongues), a theology of the “inaugurated Kingdom” induces a soteriological understanding of the role of the Spirit:

The central role of the gift of the Spirit as the inauguration of the Kingdom taps into a wider interest in the crucial role of the Trinity – and more specifically a social understanding of the Trinity – for the Christian understanding of salvation: the fullness of life consists in the participation of believers in the divine life through the Spirit.[9]
Interesting at this point, is the contribution to this trinitarian debate of Thomas G. Weinandy – a charismatic Catholic. Our salvation, Weinandy argues, is defined by the divine trinitarian perichoresis and it is through baptism in the Spirit that the believer’s sharing in the divine trinitarian life “moves from the realm of theological doctrine to that of lived experience.”[10]

It would be worthwhile to further explore how a theology of the “inaugurated Kingdom of God” can be revised and enhanced through such recent trinitarian proposals (including contributions from Global Pentecostalism), inducing a renewed pneuma-ecclesiology.

b) The gift of the Spirit: “down payment” and “first fruit”

Could this theological notion of the Spirit as down payment (and subsequently, the church as first fruit), help to understand experiences of both the presence and the absence of future salvation in the life of the church?

My proposed research aims at contributing to both academic theology and church ministry in several ways.


o   takes the theological voices from the non-western world more serious than is commonly done in the discourse of intercultural theology.[12]
o   takes non-academic charismatic texts serious not just as expressions of popular religion, but as sources for theological reflection.[13]
Supervisors
Prof. Dr. Kees van der Kooi
Professor of Western Systematic Theology at the VU University Amsterdam and Director of the Centre for Evangelical and Reformation Theology. Formerly holding the endowed chair for the theology of charismatic renewal at the VU University Amsterdam (2003-2007). 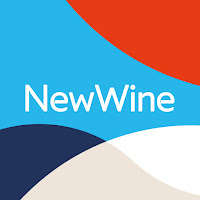